Sorry or is that Sory (TM pending)

The global music giant Sony BMG yesterday announced plans to recall millions of CD's by at least 20 artists - from the crooners Celine Dion and Neil Diamond to the country-rock act Van Zant - because they contain copy restriction software that poses risks to the computers of consumers.

The move, more commonly associated with collapsing baby strollers, exploding batteries, or cars with faulty brakes, is expected to cost the company tens of millions of dollars. Sony BMG said that all CD's containing the software would be removed from retail outlets and that exchanges would be offered to consumers who had bought any of them.

A toll-free number and e-mail message inquiry system will also be set up on the
Sony BMG Web site, sonybmg.com.

"We deeply regret any inconvenience this may cause our customers," the company said in a letter that it said it would post on its Web site, "and are committed to making this situation right." Neither representatives of Sony BMG nor the British company First 4 Internet, which developed the copy protection software, would comment further.

Sony BMG estimated last week that about five million discs - some 49 different titles - had been shipped with the problematic software, and about two million had been sold.

Market research from 2004 has shown that about 30 percent of consumers report obtaining music through the copying and sharing of tracks among friends from legitimately purchased CD's. But the fallout from the aggressive copy protection effort has raised serious questions about how far companies should be permitted to go in seeking to prevent digital piracy.

I guess this is a start to Sony BMG making amends for this fiasco. I wonder what attempts to compensate those who have infected PCs thanks to the copy protection software of Sony BMG's will be?

This whole situation is estimated to cost the company tens of millions of dollars. I'd suggest the cost could be vastly more as consumers may just stop legally buying them CDs and instead take a safer illegal route.

Now at the risk of sounding like a complete music snob, (why thank you I am, and a narrow minded one at that), I'd strongly suggest that the release of these discs in the first place is a crime in itself.

There's only one thing left to say, or more to the point, only one pilferred image I took off the interweb to say it all for me

I'm putting this topic to bed now, so to speak, its consumed more than enough of my time and I really should finish off what I was meant to have done this time last week...

+30 minutes of Townscaper in crispy 4K (No commentary) 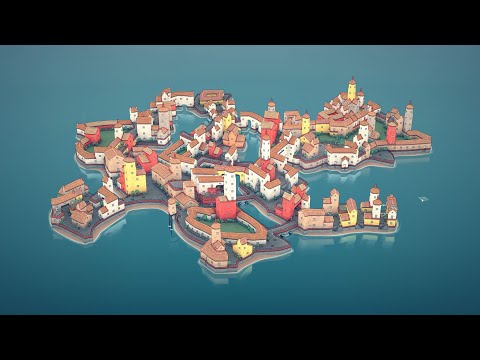