Showing posts from February, 2010
Show All

How to prepare for a dj set

February 27, 2010
Listen to music there is no chance you'll play

Drink too much well in advance

Grab a bunch of records and hope they are suitable

Pit all in a bag

February 23, 2010
Computer is on an extended break so i will most likely not post much for the next couple of weeks.

Tired and grumpy start to the day 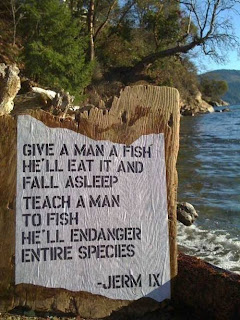 Tired and grumpy start to the day

It blows me away

It blows me away

which means you get this spiffy slipcase

February 12, 2010
"SF is today gaining more and more respectability among serious readers and academic literary critics. Although there are a handful of stories from the pulp era of the twenties, thirties, forties, and fifties, there were few stories that would stand up to any kind of literary analysis and virtually no novels that would. The so-called Big Three of the forties and fifties - Isaac Asimov, Robert Heinlein, and Arthur C. Clarke - shock serious readers today coming to them for the first time. They were not only not good writers by mainstream criteria, they were actively bad writers. This is not to say that there weren't some good ideas here and there (Asimov's Foundation series or Clarke's CHILDHOOD'S END or Rama novels are often interesting), but that the prose is almost always atrocious, the characters stock and uninteresting, and the stories and novels completely lacking in literary excellence. This was intentional. Let me repeat that: the books and stories were inte…
Post a Comment
Read more

The single most important thing you can do right now is

WORLD WAR Z
An Oral History of the Zombie War

The end was near. Zombies were taking over. They were infiltrating ever corner the world. No neutral ground existed, no nation was secure, and we were in serious danger of becoming extinct - overrun by hordes of the living dead.

WORLD WAR Z: An Oral History of the Zombie War (Crown Publishers, September 12, 2006), is a recounting of these apocalyptic and horrifying years that will make sure we never forget how close we came to total annihilation. Told from the perspective of numerous survivors from all over the world, from Denver to South Africa, Sydney to Yonkers, Malibu to India, WORLD WAR Z captures the sacrifices and, toward the end, the ingenuity of our race to defend and save our cities, towns, and villages from a plague that seemed virtually impossible to stop.
Brooks tells a moving story of courage and survival and gives us insight into the key military strategies that helped us take our world back. To th…
Post a Comment
Read more

Not here. Not today

Songs from days gone by

It's friday and I'm 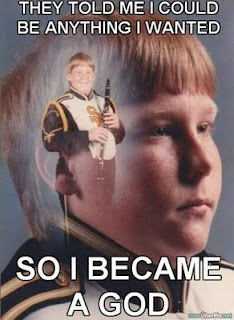