Showing posts from August, 2009
Show All

I am neither of these

Getting Through The Weekend

A Mean Streak in the US Mainstream

August 28, 2009
The US tolerates more inequality, deprivation and suffering than is acceptable here

When we Europeans – the British included – contemplate the battles President Obama must fight to reform the US health system, our first response tends to be disbelief. How can it be that so obvious a social good as universal health insurance, so humane a solution to common vulnerability, is not sewn deep into the fabric of the United States? How can one of the biggest, richest and most advanced countries in the world tolerate a situation where, at any one time, one in six of the population has to pay for their treatment item by item, or resort to hospital casualty wards?

The second response, as automatic as the first, is to blame heartless and ignorant Republicans. To Europeans, a universal health system is so basic to a civilised society that only the loony right could possibly oppose it: the people who cling to their guns, picket abortion clinics (when the…
Post a Comment
Read more

Being a good citizen and parent 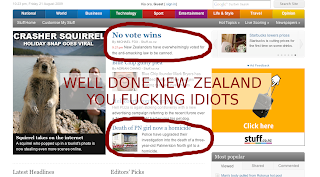 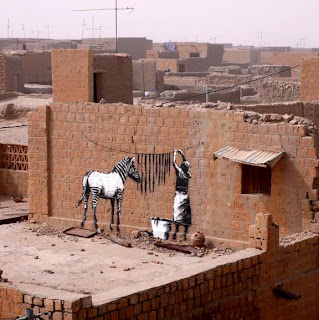 What Does Barack Obama Really Want in Afghanistan?

It would be a great service to the American nation if Barack Obama would tell us what he himself thinks the wars in Afghanistan and Pakistan are about. To capture Osama bin Laden? There have been eight years in which to capture bin Laden and it’s not been done yet, and there seems no reason to think that anything important would change if the thousands of Marines now scheduled for Afghanistan did capture him. What did it change to capture and execute Saddam Hussein in Iraq?

General Stanley McChyrstal says the Taliban are winning (he subsequently denied this). Does the president think he can have a military solution -- or a political solution? The latter is not impossible.

Is the war meant to defeat the Taliban? Why? What business is it of the United States to determine who runs Afghanistan, when the Afghan nation has absolutely no ability, interest, or capacity to do harm to the United States or to any of the NATO countries?

August 23, 2009
Sort out 7a windows updates... the past few months there have been heaps and all you are doing that I can see is making using your product a pain in the arse.

Ena﻿ Sharples Come on down

Are video games adequately preparing us for the apocalypse?

Who is Funding the Afghan Taliban?

KABUL — It is the open secret no one wants to talk about, the unwelcome truth that most prefer to hide. In Afghanistan, one of the richest sources of Taliban funding is the foreign assistance coming into the country.

Virtually every major project includes a healthy cut for the insurgents. Call it protection money, call it extortion, or, as the Taliban themselves prefer to term it, “spoils of war,” the fact remains that international donors, primarily the United States, are to a large extent financing their own enemy.

“Everyone knows this is going on,” said one U.S. Embassy official, speaking privately.

It is almost impossible to determine how much the insurgents are spending, making it difficult to pinpoint the sources of the funds.

Mullah Abdul Salaam Zaeef, former Taliban minister to Pakistan, was perhaps more than a bit disingenuous when he told GlobalPost that the militants were operating mostly on air.

Tracks you want so bad

August 14, 2009
I have this track on a cassette compilation North The Sound Of The Underground, which I must have brought in 1989.

Being a cassette it is virtually unplayable now - even if I had the means which I don't... so I have been hunting for the record/mp3 of this song and that album for many many years.

I got close once to getting a rip of the album by a dude on DJ History... but the fucker got banned mid happenings and disapppeared

Today whilst hunting online again I found this

The seven terrors of the world


The world is facing a series of interlinked crises which threatens billions of people and could cause the collapse of civilisation, according to an international report out this week.

Climate pollution, food shortages, diseases, wars, disasters, crime and the recession are all conspiring to ravage the globe and threaten the future of humanity, it warns. Democracy, human rights and press freedom are also suffering.

The report, called 2009 State Of The Future, has been compiled by the Millennium Project, an international think-tank based in Washington DC, and involved 2700 experts from 30 countries.

“Half the world appears vulnerable to social instability and violence,” the report says. “This is due to rising unemployment and decreasing food, water and energy supplies, coupled with the disruptions caused by global warming and mass migrations.”

The project has been backed by organisations including United Nations agencies, the Rockefeller Foundation, private com…
1 comment
Read more 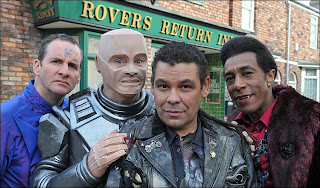 Their Martyrs and Our Heroes

August 11, 2009
The way you imagine someone engaged in a suicide attack depends, not surprisingly, on which end of the attack you happen to be on -- in cultural, if not literal terms. In American films and pop culture, there were few acts more inexplicable or malevolent in the years of my childhood than those of Japan's kamikaze pilots (and, in a few cases, submariners), the state-organized suicide bombers of World War II who targeted the U.S. fleet with their weapons and their lives. Americans themselves were incapable of such kamikaze acts not because they didn't commit them, but because, when done by someone known to us in the name of a cause we cherish or to save us from being overrun by them, such acts were no longer unrecognizable. Under those circumstances, each represented a profound gift of life to those left behind. In the desperate early days of 1942 in the Pacific, for instance, there were a number of reported cases in which American pilots tried to dive their planes into Japanese…
Post a Comment
Read more

Not surprised by the Key govt's decision... but it doesn't exactly take a military mind to see this war is unwinable so why John why?

it is not a just fight, it is not our fight.

We can't be the country we think we are by stupidly following the requests of our traditional allies... allies that deserve our condemnation for their actions, not our support.

Not overly impressed at Labour using this as a chance to politic - come on you lot sent them there first.

Our SAS are ellegedly real good at what they do... that means all of us Kiwis will have Afgani blood on our hands.

Do we want this here? Time for change

By Rupert Cornwell
August 09, 2009 The Independent

Few United States senators have a more unusual CV than Virginia's Jim Webb. He's a Democrat who was once a Republican and served as Navy Secretary under Ronald Reagan. He's a decorated Vietnam veteran and the highly successful author of Fields of Fire, which is said by many to be the best novel ever written about that war. When he made his senate bid in 2006, his Republican opponent ran adverts criticising some explicit sexy passages in other Webb works. Now he is embarked on perhaps his most improbable mission: the senior senator, from one of the toughest law-and-order states, wants to restore humanity, and proportionality, to the punishment of criminals.

All the focus, right now, is on reforming the US healthcare system. Think prisons, and you think Guantanamo Bay, and the bizar…
Post a Comment
Read more

Five in a row

Enough talk of the depression

August 04, 2009
This Depression is just beginning

Data is my king

The designation terabyte is rarely used to refer to the tebibyte, its binary prefix analogue, because only recent (since 2007) disk drives reach this capacity. Disk drive sizes are always designated in SI units by manufacturers. However, a possible confusion arises from a conflict between the long-standing tradition of using binary prefixes and base 2 for memory sizes, and the decimal (SI) standard adopted widely both within and outside of the computer industry. Standards organizations such as IEC, IEEE and ISO recommend to use the alternative …
Post a Comment
Read more

Everything to do with goats 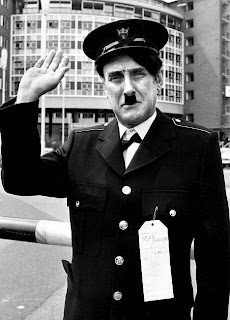 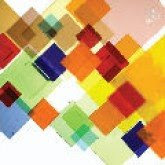