a depressing dose of reality

For me, the pro-smacking rhetoric has been a depressing dose of reality in terms of New Zealand culture. It's like when your lovable old grandfather comes out with a racist remark. You are not so much shocked as embarrassed on his behalf. However it's still a setback, a diminishing of respect -- a side of him that you would rather not have observed.

But maybe it's better in the long run that you do. In a way, seeing so many people become so angry because a member of the Green Party is attempting to stop the
hitting of children is like Godzone has suddenly let its mask slip. It's not a pretty sight.... 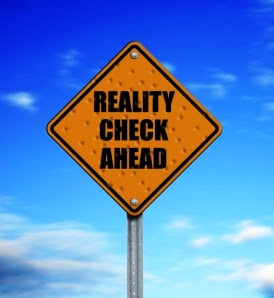 Had a feeling you would be on that side of the fence. Guess what, I'm on completely the other side. Interesting how a childless Prime Minister is setting the agenda for those of us with children. Gee thanks auntie Helen. While your at it, you might be able to show me how to reason with my autistic son. I'm sure he gets the concept of time out, go to your room. I'd love to leave hime at Aunties place to go feral for a week. I'm sure he would come back minding his p's and q's. People who have no idea, shouldn't even be in the argument

the debate has not even touched much on what it is about - it is not about criminalising parents, it is not about forcing people to raise their children without recourse to smack when needed

one would hope, like I do, that in time smacking would not be the first port of call in child discipline

Its been fucked over by the media and some politicans for simple ratings and point scoring. We need more open and honest debate and discussion about this issue I believe and as such the amendment would be best shelved for a while so this can happen, for good parents should not feel threatened by a law that isn't aimed at them

We all want the same thing, a country where children are protected from abuse, and parents are given the help and support needed to be the best parent they can be and their offspring the best people that they can be too

in the future smacking will naturally be used less and less as means of discipline in all but the most extreme circumstances, as is already covered by the proposed amendment

no one wants to see good parents dragged through the courts - that would be simply wrong and tragic, but no one wants those who have gone too far to have a defence in law that lets them off instances that are not discipline but simply abuse (be it a one off instance or prolonged)

hope the bay is treating you all well :)