On 25 April 1915, eight months into the First World War, Allied soldiers landed on the shores of the Gallipoli peninsula. This was Turkish territory that formed part of Germany's ally, the Ottoman Empire. The troops were there as part of a plan to open the Dardanelles Strait to the Allied fleets, allowing them to threaten the Ottoman capital Constantinople (now Istanbul) and, it was hoped, force a Turkish surrender. The Allied forces encountered unexpectedly strong resistance from the Turks, and both sides suffered enormous loss of life.

The forces from New Zealand and Australia, fighting as part of the ANZAC (Australian and New Zealand Army Corps), played an important part in the Gallipoli campaign. At its beginning, people at home greeted with excitement the news that our soldiers were at last fully engaged in the war. New Zealand soldiers distinguished themselves with their courage and skill, establishing an enduring bond with the Australians they fought alongside.

The Gallipoli campaign was, however, a costly failure for the Allies, who after nine months abandoned it and evacuated their surviving troops. Almost a third of the New Zealanders taking part had been killed; the communities they came from had counted the cost in the lengthy casualty lists that appeared in their newspapers. And the sacrifice seemed to have been in vain, for the under-resourced and poorly-conducted campaign did not have any significant influence on the outcome of the war.

Although Anzac Day, the anniversary of the first day of conflict, does not mark a military triumph, it does remind us of a very important episode in New Zealand's history. Great suffering was caused to a small country by the loss of so many of its young men. But the Gallipoli campaign showcased attitudes and attributes - bravery, tenacity, practicality, ingenuity, loyalty to King and comrades - that helped New Zealand define itself as a nation, even as it fought unquestioningly on the other side of the world in the name of the British Empire.

After Gallipoli, New Zealand had a greater confidence in its distinct identity, and a greater pride in the international contribution it could make. And the mutual respect earned during the fighting formed the basis of the close ties with Australia that continue today.

260 - days of the Gallipoli Campaign

We remember those who fought and fell in all the wars that New Zealand has been involved in. In the first World War 10% of our total population served in the armed forces, over 100,000. Over 15% never returned home. In the Second World War 8.5% of our population served.

Today, at a time when it seems New Zealanders are increasingly keen to assert and celebrate a unique identity, we recognise Anzac Day as a central marker of our nationhood.
The number of New Zealanders attending Anzac Day events in New Zealand, and at Gallipoli, is increasing. For some younger people, the sombre focus of the day receives less emphasis than do the more celebratory aspects of a national holiday. For most, though, the day is an occasion on which to formally pay tribute and to remember.

Anzac Day now promotes a sense of unity, perhaps more effectively than any other day on the national calendar. People whose politics, beliefs and aspirations are widely different can nevertheless share a genuine sorrow at the loss of so many lives in war, and a real respect for those who have endured warfare on behalf of the country we live in.

Whilst I choose to remember those who gave so much for the folly of war, I also remember why we should never allow such events to destroy again.

At the going down of the sun and in the morning we shall remember them. 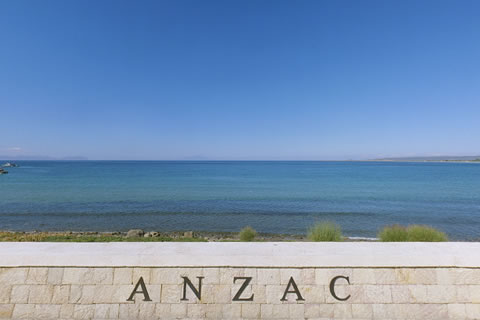